Thema: Restorative Justice and Reconciliation​
Education is the most powerfull weapon (Nelson Mandela)

Amy's Foundation is a non-profit organisation that offers programmes to develop and empower youth (5 – 18 years of age) living in the challenged and vulnerable communities within the Western Cape. There are huge inadequacies in the schools in which we work, creating a great need for our programmes. The programmes place a focus on the creative side of the child’s brain, and supplement the shortcomings of the educational system in the townships of South Africa. In 2014, 43.9% of students completed secondary education, the Foundation aims to make learning enjoyable and encourage youngsters to want to learn (Stats SA, August 2014).

To provide the best Children and Youth programmes where all achieve and succeed in life.

To provide a safe environment in challenged and vulnerable communities where we develop emotionally well rounded Children and Youth who make positive life choices and become contributing members of society.

Reaching over 2000 youngsters every day, the programmes are having a very positive effect on the youth as well as the communities in which they live. The Foundation currently operates 5 after school care centres including Nyanga, Gugulethu, Manenberg and Crossroads, and each hosting over 300 students per day. We provide educational and cultural activities that offer students healthy alternatives to all the negative influences within their society, unlock their creative talent and create future emotionally well rounded individuals, leaders and entrepreneurs for South Africa.

The Western Cape has the highest level of youth crime, tik addiction and dagga use in South Africa, as well as the most 7-13 year olds arrested and charged by police- keeping youngsters off the streets and away from these societal ills gives them hope for a brighter future.

History of the organisation

The Foundation was named after American student, Amy Biehl, a gifted and dynamic young woman who was committed to making a difference in South Africa. She tirelessly worked with members of the African National Congress (ANC) at the University of the Western Cape’s Community Law Centre on the new Constitution and Women’s Rights, as well as helped register voters for the country’s first free elections in 1994.

On August 25 1993, Amy Biehl’s life was tragically cut short in an act of political mob violence in the Guguletu township just outside of Cape Town. Four young men were convicted of her murder, and after spending 5 years in prison were granted amnesty through the parents of Amy and the Truth and Reconciliation Commission. Determined to honour Amy’s love of South Africa and her belief in the truth and reconciliation process, Amy’s parents founded the organisation. 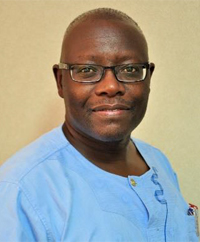 Dr. Dumisani Magadlela is a behavioral scientist and a certified international executive coach. He is currently (2015) the Programme Manager for the Pan African Capacity Building Programme (PACBP), a partnership initiative among leading regional development finance institutions (DFIs), the Development Bank of Southern Africa (DBSA), the Industrial Development Corporation (IDC) and a French development agency, the AFD. Dumi serves on the faculty of The Coaching Centre where he co-founded the Ubuntu Coaching Foundation. On weekends and in his spare time, Dumi teaches and trains professionals in executive coaching, Ubuntu coaching, and leadership development, and supports organisations in developing dynamic cultures and employee engagement. When he can, Dumi also supervises Masters and Doctoral students through academic institutions around South Africa. He facilitates training sessions on Ubuntu Intelligence in modern organisations and businesses. Dumi has featured numerous times on radio and television programmes discussing coaching, organizational culture, the value of Ubuntu/Botho/Unhu, and other pertinent African and global leadership issues. He is passionate about African leadership and African youth, and about developing African capacity to take advantage of the demographic dividend and build on the current economic tide favoring the African continent.