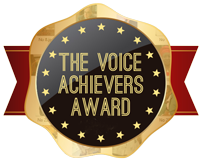 We have the honour to inform you that the award committee of The Voice Magazine Achievers Award 2017 has proudly nominated and conferred on you, Annette Nobuntu Mul of Ubuntu society as one of our awardees for 2017.

Ubuntu Society's selection for this award was a unanimous choice because of your tremendous contribution to every sector of human endeavor Ubuntu Society has engaged in which includes training of persons to inspire them to greater heights, impeccable record in community services, backed up with enviable philanthropic achievements. Ubuntu Society is a living testimony of man’s ability and intelligence if and when given equal opportunity like any other person to excel. Truly Ubuntu Society has brought distinction to public service and it is quite commendable.
This award will be bestowed on Ubuntu Society at a ceremony slated for 17th & 18th November 2017 in The Netherlands.

This prestigious award is giving out each year in the past 8 years to outstanding individuals and corporate institutions that has made significant contribution to the advancement of Africa.

This year’s (8th edition) will recognize African Diasporans and friends of Africa. While congratulating you for this great achievements, we will send you detailed information about this red carpet event and other side attractions scheduled for the two day events.

This award is coming at a time in your life when globally you are becoming an icon to inspire the younger generation coming behind you with the Ubuntu philosophy of togetherness we can.
As a living example for Africa and the rest of the world, the Voice Magazine is honoring you and your organization, Ubuntu Society with our African Special Recognition Award 2017 in the Netherlands.